“I remember leaving my interview and thinking that I never wanted to do anything as much in my life as I wanted to do Williams-Mystic. Fortunately, I was given the opportunity to participate in the program. It was the best educational experience I ever had.” 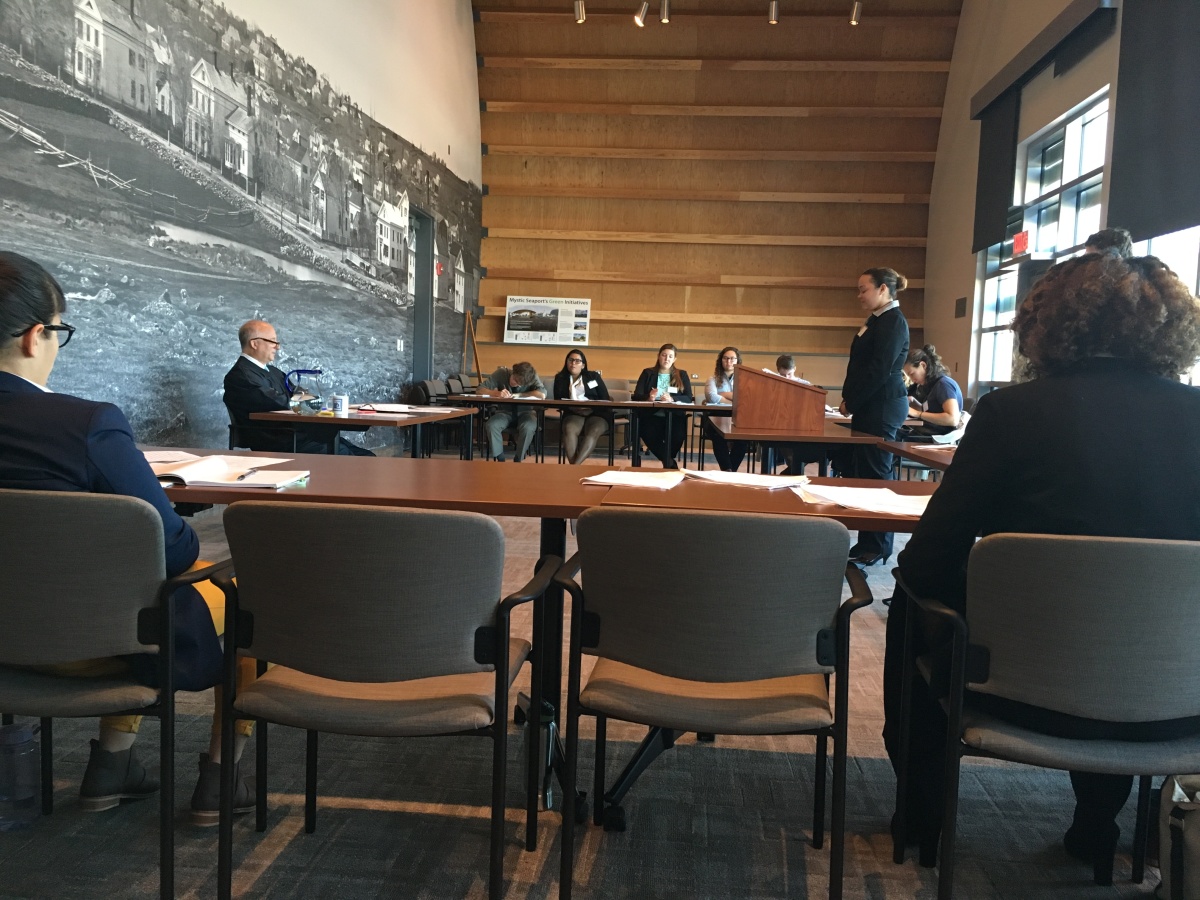 This post was written by S’18 alumna Audra DeLaney. Audra enjoys visiting the ocean, going on adventures, and telling the unique stories of the people and places around her.

You’re a senior in high school. You’ve recently decided that Bates College is the place you are going to spend four of the most formative years of your life. Your friend, who is a few years older than you and attends Hamilton College, starts telling you about experiences to keep on your radar during your undergraduate career — including the Williams-Mystic Maritime Studies Program.

Unbeknownst to you, you’ve just learned about a program that will add more to your life than words will ever be able to describe.

This is the beginning of  Derek Langhauser’s (F’82) Williams-Mystic story. To alumni, including myself, who attended Williams-Mystic after Fall 2006, Derek may look familiar. He is the man who came walking into the Kenner Room on a sunny, April afternoon before it was my class’s turn to participate in one of the biggest events of our marine policy class: Moot Court. One Friday every semester, Derek serves as Williams-Mystic’s own appellate court judge, presiding over our classroom-turned-courtroom as students sum up a week’s worth of studying and strategizing in three hours of carefully crafted legal arguments.

After Derek was told about Williams-Mystic during his senior year of high school, he kept the idea of participating in the program in the back of his head. During his sophomore year, he decided to apply.

“I interviewed with Ben Labaree, the founder and executive director of the program,” Derek said. “I remember leaving the interview and thinking that I never wanted to do anything as much in my life as I wanted to do Williams-Mystic. Fortunately, I was given the opportunity to participate in the program. It was the best educational experience I ever had.”

Derek said that being surrounded by these people and being part of this program was the first time he enjoyed learning and looked forward to going to class.

“The interdisciplinary aspect of Williams-Mystic is a vehicle for finding your passion,” Derek said.

Following his semester at Williams-Mystic, Derek graduated from Bates College and attended the University of Maine School of Law. For his first job out of law school, he worked as a law clerk for two justices on the Maine Supreme Court. Over subsequent years, he served as chief counsel for the Maine governor’s office; went into private practice, where he represented iron-works shipbuilding; worked as special counsel for Senator Olympia Snowe; and worked as legal counsel for Maine Maritime Academy. Now, after serving as their general counsel for more than 20 years, Derek is the president of the Maine Community College System.

So, where does Williams-Mystic’s Moot Court come into play? Twelve years ago, the case Williams-Mystic students now devote a week of their lives to — Bell v. Town of Wells — was the topic of a significant policy issue in Maine. At the Williams-Mystic alumni reunion that year, Williams-Mystic policy professor Katy Robinson Hall (S’84) was discussing the policy class and later, Derek sent her the story of the case. Based off Derek’s recommendation, they decided to turn this case into the Moot Court experience.

Bell v. Town of Wells, known colloquially as the Moody Beach case, is a landmark beach access case that continues to be relevant today. Even still, Derek and Katy often make changes to the moot court packet students receive at the beginning of Moot Court Week. Two recent additions: An executive order and a citizen’s initiative, both created to help students reflect on the constitutional, balance-of-power themes underlying current events.

Derek said Moot Court helps educate undergraduate students on the importance of the separation of powers in the United States Constitution — and specifically, regarding the powers that are at play around the President under Article II of the document.

“Moot Court is not just about constitutional law or public beach access,” Derek said. “It is about what it means to make laws and what happens when individuals in charge of making laws go in different directions.”

You do not have to pursue a career in a maritime field to gain useful experience from this maritime program.

“The way this program goes about education is extraordinary,” Derek said. “What is so special about it is that it has a special focus that is a forum for skill and learning development. This is an aspect of a liberal arts education, and Williams-Mystic is uniquely better at it.”

One thought on “Williams-Mystic as a Vehicle for Finding Your Passion: The Story of Derek Langhauser (F’82)”

Before our students enjoyed a week away from class for Thanksgiving, they held a delicious Friendsgiving dinner complete with great food and greater company. We hope everyone had a fun and safe Thanksgiving!
Another Moot Court in the books! F’21 came into this semester’s trial as prepared as they come, and that preparation was reflected in their watertight arguments and knowledge of the case. In the end, the landowners emerged victorious!
Throwback to our very recent New Bedford Field Seminar! Students had a great time touring the docks at the New Bedford Waterfront, exploring the exhibits at the New Bedford Whaling Museum, and visiting the Whaleman’s Chapel made famous in Moby-Dick. 🐳
Last Thursday, the Williams-Mystic team held a fantastic field seminar in Southern Rhode Island. Highlights include birdwatching at the Sachuest Wildlife Management Area, discussing coastal law at Second Beach, having class in front of the historic Beavertail Lighthouse, and exploring graffiti at Fort Wetherill State Park.
Join us in Griffin Hall - Classroom 4 this Monday evening (11/1) at 6:00pm to hear personal stories and valuable insight from three alumni of Williams-Mystic, the Coastal & Ocean Studies Program of Williams College & Mystic Seaport Museum!
Earlier this week, our students, staff, and faculty departed on their Maine Field Seminar. Since arriving in Maine on Monday, students have had the opportunity to visit Moody Beach, tour the Portland waterfront, discuss climate change and sustainability, and eat plenty of lobster! 🦞