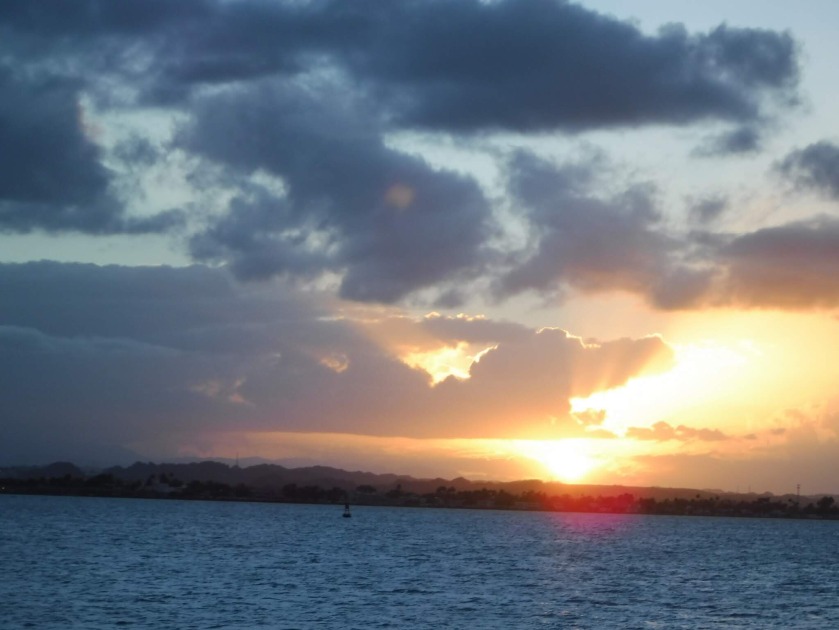 Until recently, scientists knew of about five marine species that had been introduced to the Galápagos Islands from elsewhere.

A new study, authored by Williams-Mystic Director Emeritus James T. Carlton and collaborators from the Smithsonian Environmental Research Center and the Charles Darwin Research Center, reveals that there are more than ten times that many nonnative marine species on the islands. The authors also say that there may be many more nonnative marine species yet to be discovered.

All told, the project documents a staggering 53 species of introduced marine animals in the Galápagos.

“This is the greatest reported increase in the recognition of alien species for any tropical marine region in the world,” Carlton said.

The majority of the introduced species are sea squirts, marine worms and moss animals (bryozoans). Some of the most concerning discoveries include the bryozoan Amathia verticillata — known for fouling pipes and fishing gear and killing seagrasses — and the date mussel Leiosolenus aristatus, which researchers have already seen boring into Galápagos corals.

Many of the species the study identified are newly discovered. Seventeen of the 53 species identified, though, were previously thought to be native to the islands.

“This increase in alien species is a stunning discovery, especially since only a small fraction of the Galápagos Islands was examined in this initial study,” said Greg Ruiz, a co-author and marine biologist with the Smithsonian Environmental Research Center.

The islands are already among the world’s largest marine protected areas, with some of the world’s most stringent biosecurity programs. Yet the study’s authors observed that most, if not all, of the introduced species likely arrived aboard ships coming from tropical areas around the world.

Carlton and his coauthors also believe that many of these species may have arrived recently. The built environment, they argue, could have played a significant role. Though vessels have been arriving in the Galápagos since the sixteenth century, it wasn’t until the second half of the twentieth century that the islands had extensive shoreline structures. These structures, such as wharves, docks, pilings, and buoys, may have provided an ideal environment for arriving organisms to colonize.

“This discovery resets how we think about what’s natural in the ocean around the Galápagos, and what the impacts may be on these high-value conservation areas,” Carlton said. For a protected area like the Galápagos — places long valued as “windows into [a] former world” — this news is especially troubling.

Much work, the authors observed, remains to be done in the Galápagos. The group gathered data from a range of field sites, beginning in 2015, but nearly all of these field surveys were restricted to one kind of habitat (harbor biofouling).

Their work also has implications for marine protected areas and other important conservation areas worldwide.

“Our study demonstrates,” the authors concluded, “that tropical marine invasions deserve significant attention, not only in a biogeographical, historical, and ecological context, but also from a management perspective.”

In other words: When it comes to conservation, interdisciplinary collaboration is more important than ever.

The study, “Assessing marine bioinvasions in the Galápagos Islands: implications for conservation biology and marine protected areas,” can be accessed online here: http://www.aquaticinvasions.net/2019/AI_2019-G_Carlton_etal.pdf

In addition to Carlton, coauthors of the paper included Inti Keith, of the Charles Darwin Research Station, Gregory Ruiz, of the Smithsonian Environmental Research Center.

An interdisciplinary ocean and coastal studies program integrating marine science, maritime history, environmental policy, and literature of the sea. All majors welcome and 100% of financial need met! View all posts by Williams-Mystic